Many speak about the need for renewal and revival in the Church in Ireland. There are reports detailing the downturn in vocations to priesthood and religious life. Some orders are closing monasteries and convents and the congregation seem to be getting ever greyer.

Holy Family Mission in Kilsheelan, Clonmel is an answer to such great need. Now in its fifth year, Holy Family Mission has enjoyed great success since its launch in 2016 when 10 young people between 18 and 30 signed up for a year of faith formation.

It began as a response to a desire planted in the hearts of Maura Murphy, Fr. Patrick Cahill and Pat Reynolds who, having worked with Irish young people for years, had seen massive potential in them for a deeper relationship with the Lord. The possibility of a place of formation where young people could come, not just for information but a real living experience of Christ.

It’s one thing to have an idea but a house, funds and support are essential practical concerns. But the Lord’s providence will never be exhausted. They approached Bishop Phonsie Cullinan as they had had some positive experiences with him in the past. He was very favourable to the idea but said we would need a property. “I’ve one in mind but I’ll need about three million euro to get it.” They met again on April 8th 2016 to clarify some details and the following day, true to form, the Lord provided. The Rosminian priest responsible for a beautiful picturesque retreat house “Glencomeragh House” called to say that they would be pulling out of there and offered the property to the diocese. This was exactly the property that Bishop Phonsie had had in mind! This mansion built in 1820 boasting 4 modern hermitages was handed to the diocese for the use of Holy Family Mission.

Thus far, the Lord brought together a core team, a bishop and a property. But in this day and age who would come? It would be a very expensive venture if only 2 or 3 young people turned up. With short notice the team set about asking some of the young people they had encountered over the previous years if they would be interested in doing a year in Holy Family Mission. The national youth 2000 festival was taking place that Summer too so they promoted it there and somewhat miraculously, they began the year with 10 wonderful young people. 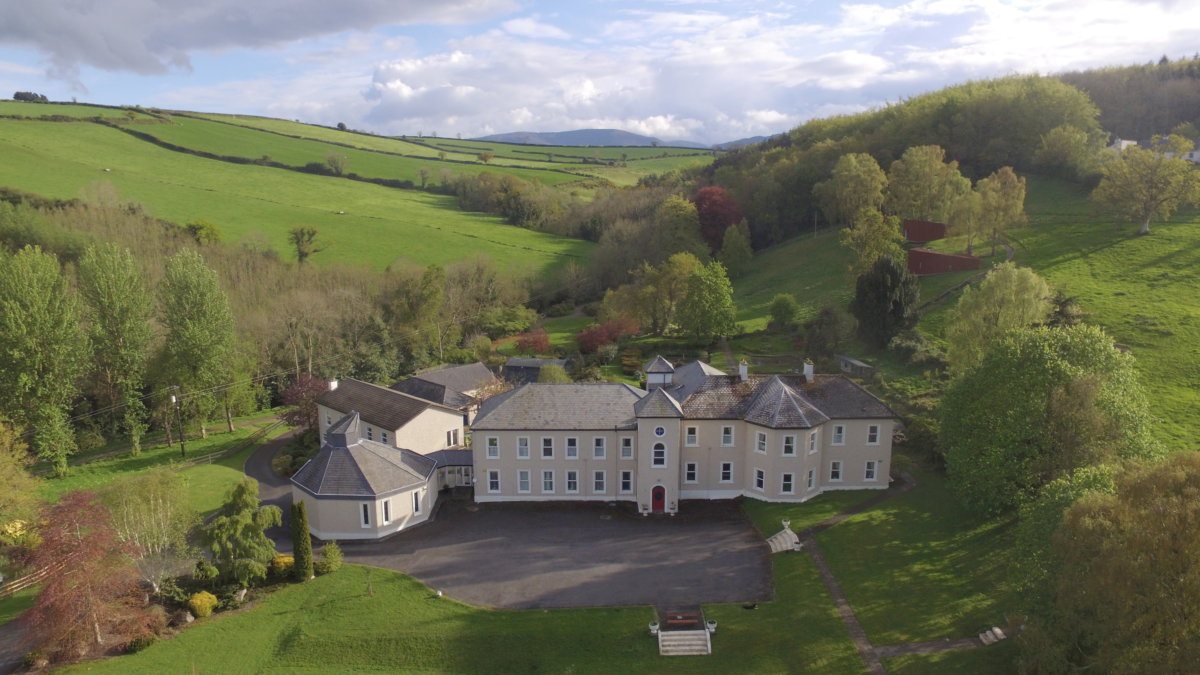 Maura Murphy, is originally from Ennistymon, Co Clare. She comes from a family of seven and after finishing secondary school she pursued studies in Theology and Business Studies in St Patricks College, Maynooth. She has over twelve years experience of working with young people and enabling them to become the person they have been created to be. Her background to date includes leading a national secondary school retreat team for Youth 2000 Ireland, Spirit Radio, Catholic Comment founding member, frequent Speaker at Conferences, ongoing work in the area of evangelisation, formation and mission, Youth Ministry Director for her home Diocese, the Diocese of Galway, Kilmacduagh and Kilfenora, and prior to Holy Family Mission she worked for the Diocese of Derry. She is married to Jonathan and feels privileged to be Mission Director for this new work in the Lord and is happy to be back in lovely Munster!

Patrick is a native of Scotland, and has been a full-time missionary and evangelist for nearly 15 years. He has been actively involved in youth ministry and family faith formation throughout this time, working with many groups and youth organisations such as Youth 2000, Youth 4 Truth, Cana Ireland and Spirit Radio, as well as ministering at a parish and diocesan level. Patrick has much experience leading retreats and is a well seasoned Catholic speaker.

Patrick’s background is in Performing Arts, and Media, and he uses these gifts in Holy Family Mission, in encouraging others to become missionaries. Patrick is married to Paula and they live at Holy Family Mission with their 7 beautiful children.

Fr. Patrick Cahill from Thurles, Co. Tipperary is a priest of the Work of Jesus the High Priest who has been ministering as a missionary priest in Ireland and Italy since his ordination in 2009. He has a passion for youth ministry and thoroughly enjoys his position as chaplain to two schools in Carrick-on-Suir. He has been involved in Youth 2000 for over a decade now and was National Spiritual Advisor from 2016 to 2019. His youth-friendly yet clear approach to teaching the faith has made him a regular at Youth 2000 events and a busy retreat leader in parishes and schools throughout the country. As one of the founding members of Holy Family Mission he is delighted to have the possibility to work more intensely with the gifts of young people and help them to discover the hidden treasure of faith within them.

We use cookies on our website to give you the most relevant experience by remembering your preferences and repeat visits. By clicking “Accept”, you consent to the use of ALL the cookies.
Cookie settingsACCEPT
Manage consent

Any cookies that may not be particularly necessary for the website to function and is used specifically to collect user personal data via analytics, ads, other embedded contents are termed as non-necessary cookies. It is mandatory to procure user consent prior to running these cookies on your website.